Sizzling reward for quality at Gemini 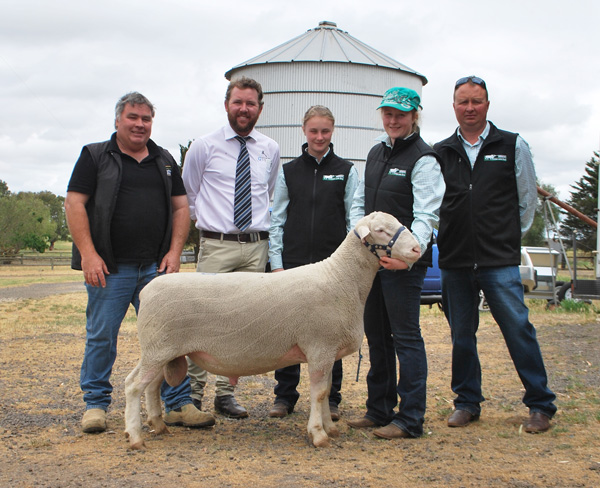 One of the big secrets in the prime lamb industry is out. The quality of genetics being produced and presented by the Mitchell family’s Gemini stud at Werneth, Vic was at last recognised by more prime lamb producers and produced a sizzling spring sale result after years of undervalued sales.

Five buyers new to Gemini had a huge influence on the result, bidding strongly from the start to the end and collectively purchasing 56% of the 82 White Suffolk and two Suffolk rams sold in a total clearance.

“Whether you look at them visually or at their outstanding performance figures across the board on Lambplan, these rams compare more than favourably with the best anywhere in the country,” Miles Pfitzner said.

Secrets don’t remain so for long and through recent contacts with people of influence in the processing, advisory and breeding sectors; word has obviously spread on the Gemini quality. No doubt the Mitchell family’s involvement as hosts of a Lamb Industry Forum in August with Nathan Scott from Achieve Ag Solutions and Ben Verrall from Australian Lamb Co Pty Ltd was important; while the huge success of the Wheetlande stud at Adelaide in September, topping the Elite ram sale at $22,000 for a ram and establishing a new breed record of $4750 for their supreme ewe, both sired by Gemini 120207, was another catalyst. The Australian Lamb Co was more than happy to sponsor the delicious lamb lunch at this sale, with Ben Verrall and Angus Lloyd present to witness first-hand the quality being sold.

Stud support extended to four rams. Anthony Ferguson, Anna Villa stud, Weetulta, SA made the trip well worthwhile by purchasing two rams; G140351Tw for the sale’s top price of $3600 and G140123 for $2000. Both had exceptional performance figures culminating in Carcase Plus indices of 201.51 and 204.69 respectively.

G140317, one of the winning interbreed lamb production pair at Hamilton this year commenced the sale and sold for $3300 to the SA based Bundara Downs and Illoura studs in partnership, with Bundara Downs principal Steve Funke bidding via phone connection. Ian Kyle, Ashley Park stud, Bairnsdale also paid $2000 for G140045 and later purchased both Suffolk rams offered by Emily and Chloe Mitchell for $2000 and $1700. The four White Suffolk stud rams averaged $2725.

Crawford Dowling Ballarat agent, John McKinnon operated strongly from the beginning on behalf of client Oaklands View. He was the biggest volume buyer in the sale with 13 rams, including seven from the 17 specially selected rams presented by Gemini. The wisdom of being prepared to bid early was well rewarded. All 13 he purchased were in the first half of the catalogue, yet he averaged $1319, marginally below the overall average for the White Suffolk draft. He paid from $800 to $1700.

Another of the new clients having a big impact was Kurt Nesseler, Glenample Pty Ltd, Princetown. He bid to the $2200 top for rams going to commercial clients in purchasing 12 rams at a $1642 average, a price he felt more than acceptable for rams of this quality. A reflection of that quality was the last pen of three White Suffolks that he purchased for $1500 each. These had an average Carcase Plus index of 200.8.

Gordon Last, Garvald Vale Partnership, Hamilton came with no buying intentions, but rather to observe the quality on offer, but was so impressed he went home with eight of the best performers, paying from $1300 to $1700 and averaging $1456.

James and Rebeca Hamilton, Bradfield Hills, Maldon operated on a lower budget yet were still successful in purchasing nine rams from $900 to $1100 and at a $989 average.

Regular clients who were pushed to higher levels than anticipated because of the bidding strength of these new buyers included Tony Noble and son in law Brent Harwood, Fairholme Pastoral Co, Birragurra. They were willing to take on the bidding challenge and purchased four from $1400 to $2000 and at a $1750 average. They have always chased the best performers and been prepared to pay to get them, indicating they had been getting them cheaply in the past.

David Bain, Woorndoo was another repeat client who competed strongly and bid on many lots before securing eight rams from $800 to $1300 and at a $1031 average.

“While we were pushed to pay more than anticipated, I’d have to say the worst ram I purchased today is better than the best I’ve been able to purchase elsewhere,” David said post sale.

The Mitchells were extremely pleased with the result and in an emotional post sale thank you to all who purchased; Craig Mitchell made special mention of regular clients who have been getting such good results with their lambs. 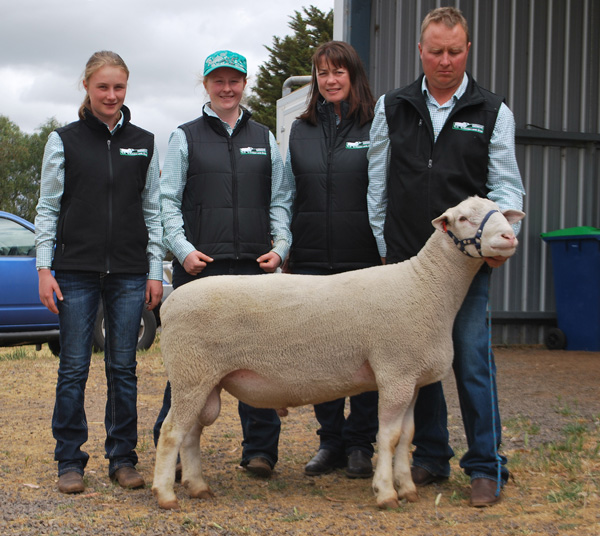 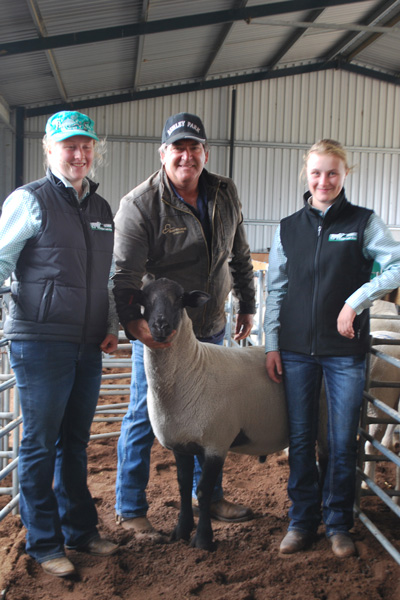 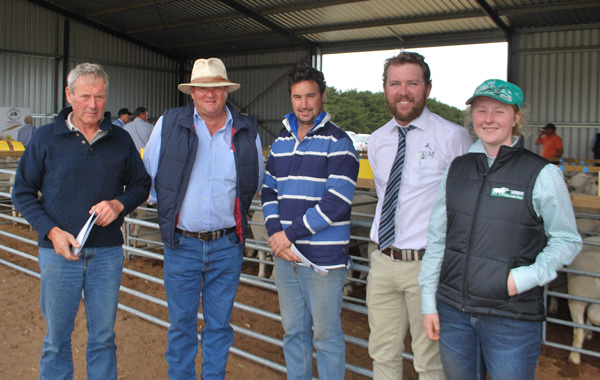 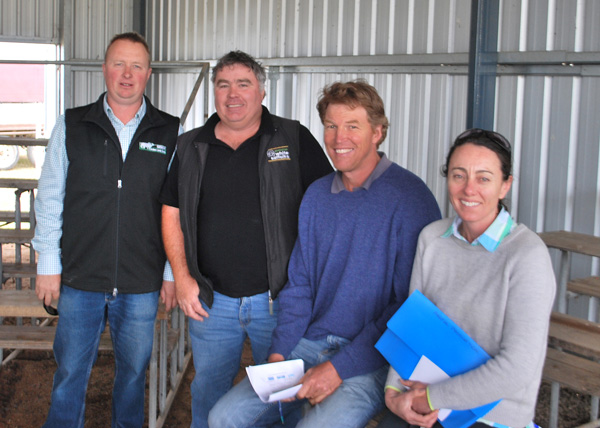