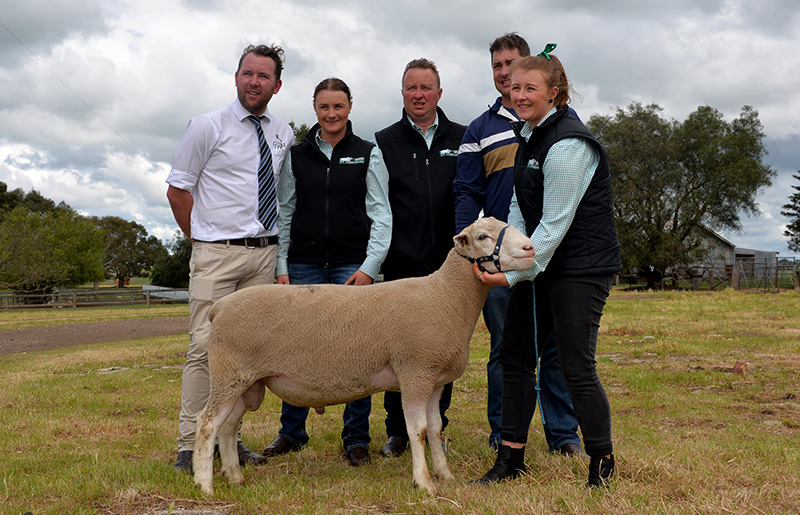 The emotional trauma over the past 12 months through losing co-principal, wife and mother Rosalie in a level crossing accident not long after last year’s outstanding Gemini spring ram sale still weighed heavily on the minds of Craig Mitchell and daughters Emily and Chloe at the staging of their 20th annual three breed ram sale on Friday. The big crowd that included many fellow stud breeders who attended in support helped ease emotions.

Craig said that the tragic event certainly had some effect on the preparation of the rams, but the buyers present still appreciated the quality of the White Suffolks on offer in particular, producing a very solid overall result, with 96 rams averaging $1333.

Steve Funke said, “The ram really appealed from his initial presence and structure, plus he was by a proven successful sire. It has very good breed type and balance all round and his figures complement his appearance.”

The balance of the 12 specially selected rams went commercially and like last year’s very strong sale, those who got in early gained the rewards. The best example was Rodney Beach, Birragurra. Buying through HF Richardson Geelong’s Matt Scully, he was able to purchase lots 1 and 6 for just $1500. He then added two more White Suffolks before lot 30 at $1200 and $1000 and later added the top two Suffolk rams at $1000 and $800, his six rams averaging a great value $1167 in very astute buying.

Tony Noble, Fairholme Pastoral Co, Warncoort and his son in law Brent Harwood are long term Gemini supporters. Tony chooses the higher performing rams on offer and is prepared to pay for them, knowing they pay dividends with faster growing and better-quality lambs.

Brent took their combined purchasing up to eight rams by selecting three top rams at an average of just $1000 for his family account, BG & JA Harwood, Irrewarra.

Also, a strong repeat buyer, Gordon Brown, Junray Pty Ltd, Bannockburn twice went to the $2400 top price for commercial White Suffolk rams, while purchasing six of the best at an $1850 average. Both these top rams were sired by Leith 150828, his first progeny for Gemini after being purchased primarily for his combination of positive fat and tremendous muscling. Gordon’s six purchases averaged 2.75 for muscle and +0.41 for fat.

Also purchasing six top rams each were Bryan Hepburn, Bryara, Moriac (paying to $2000 and averaging $1317) and Paul Trainer, Rumler Trainer and buying through Landmark Ballarat averaged $900. Two of these six were Suffolks offered at the end of the sale. Patrick Smith, Pretty Lane, Dereel went to $1500 and averaged $1100 to also be prominent.

However, the biggest volume buyer this year was Doug Laidlaw, Dweal Pty Ltd, Tatyoon. Demonstrating the value on offer if patient, he purchased eight rams, going to $1000 once and averaging just $825. He made his first purchase at lot 70 and such was the depth of quality in this offering these eight rams averaged 14.09 for Pwwt, 2.53 for Pemd and 196.12 on C+ index. He was able to achieve this in this sale because there was a tapering of demand in the latter third of the sale as orders were filled, with 11 of the 102 White Suffolk rams passed in at auction.

The addition of 28 more rams than last spring, to ensure buyers on all budgets could purchase, plus a buoyant summer ram lamb sale were strong contributing factors in demand not being sustained to the end.

Consequently only one of the 20 high indexing Poll Dorsets that followed sold at auction and just four of the 11 Suffolk rams sold at auction to $1000 and at an $850 average.

With many spring lambing ewes amongst those left in the region, there is likely to be late demand for the good selection Gemini still has for sale once producers have worked out ewe numbers and ram number needs.

Craig Mitchell said post sale in summary, “Overall it was a strong sale with a big crowd which was very pleasing. There is definitely a buying trend towards the better performing sheep which was evident in this sale, but overall we are very happy with the result.” 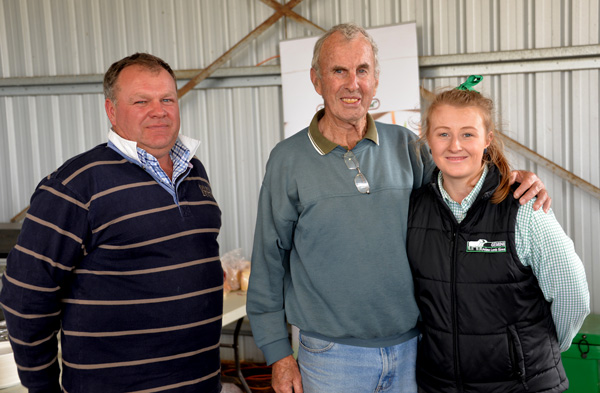 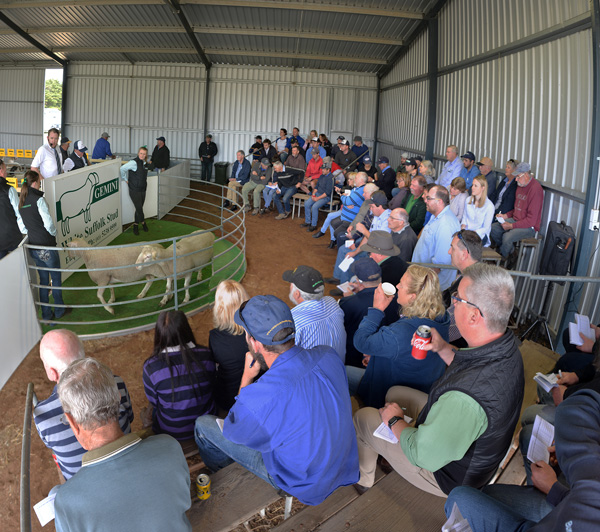 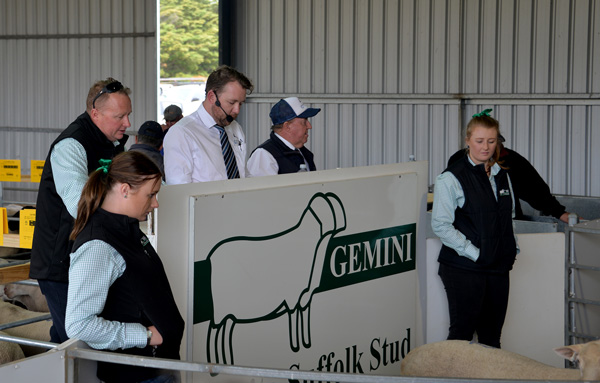